ARE THEY TOUGH ENOUGH?

It’s October 29th and the NY METS are in the World Series.

Not only in the World Series but they are down 2 games to none.  MET fans are understandably concerned. To put a positive spin on things, the ’86 World Champion METS were down 2 to none heading to Boston and we know how that ended up. Having said that, past history in sports is a fun conversation angle but definitely has nothing to do with present day realities. Lenny Dykstra won’t be suiting up for this World Series, nor will Keith Hernandez, Gary Carter, Doc Gooden, Darryl Strawberry or Ray Knight.

But we will be watching the most amazing Daniel Murphy. The electric Yoenis Cespedes and the dynamic arms of Harvey , DeGrom and Familia. 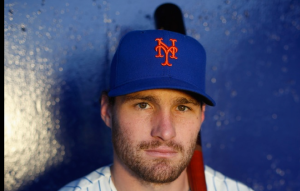 Honestly I am impressed with the way the Kansas City lineup has handled the METpitching. Really wasn’t expectING that. They are a good lineup top to bottom but so were the Cubs and the MET pitching handled them.

The MET bats haven’t done much to help the situation.  Where oh where have you been David Wright?  Lucas Duda? Travis D’Arnaud?

In the final analysis I think the MET’s World Series outcome will come down to a single concept. Are they TOUGH ENOUGH? I’m usually never at a loss for words but I have to admit that I have no idea. They have been so dominant through the end of the regular season into their playoff run, there hasn’t been all that much to be tough about. Can these predominantly young players summon up the energy and persistence to prevail? They need to win 4 or the next five…a tall order against a very good team. Can they do it? Maybe. Maybe not. That’s why they PLAY the games.

3 Responses to ARE THEY TOUGH ENOUGH?