I know a lot of you probably hate this weather but I love it!  Gimme a nice warm summer day and I’m about as happy as I can be! It’s been steamy around here lately but hey…it’s summer right?  When you’re wiping your brow and feeling the sweat running down your back just remember last winter shoveling the ice and snow, 40 mph winds blowing into your frozen face.  YUCK. Gimme the sun, the sea and the sand any old time!

The NBA’s annual free agent madness has come and gone and for once I think the players actually did the right things.  I find that I hate LeBron James

just a bit less than I did last week.  The self proclaimed “KING” decided to take less money and head back home to Ohio, to the delight of the Cleveland fans.  This was a really cool and commendable move on his part.  Then Carmelo Anthony did a cool thing for fans of the Knicks by staying put, taking less money and vowing to help build a winner here in NYC.  Another class gesture.

Will somebody explain to me what the heck is going on at SCOTUS?  On the heels of their absurd pronouncements that racism doesn’t exist in 2014, and that corporations are people who can spend unlimited funds on elections…really..?  I mean really…!??!?!  they have now decided that employers can selectively pick and chose those laws and regulations they obey based on their religious beliefs?  Really?  So if my religion doesn’t accept birth control, I don’t have to offer it to my employees? If my religion doesn’t accept medical care at all should I not be forced to make that available to my employees?  And I suppose if my belief system says that African Americans, or Italians, or Jews, or American Indians or women or whomever… don’t fit into my world view as the kind of people I want to employ then I don’t have to do that either? Really? There have been raging arguments on the right and the left why this decision is OK or not OK.  I’m not going to get into all of the talking points here but suffice it to say,  allowing exemptions from the law for various organizations based on religious, political, cultural or societal beliefs is just dead wrong and as Justice Ginsberg put it in her dissent, “In a decision of startling breadth, the Court holds that commercial enterprises, including corporations, along with partnerships and sole proprietorships, can opt out of any law (saving only tax laws) they judge incompatible with their sincerely held religious beliefs.”  Wow.  The ramifications are incredible but hey,  what the heck do I know?  But this could open the door to a myriad of crazy lawsuits seeking exemptions from EVERYTHING !  There’s your precedent.  YIKES!

Veering back into the sports arena, I just wanna’ say THANK YOU to the New York Rangers for giving me some fun, excitement and great TV while they were skating their way through the NHL playoffs.

I’ve always been an Islander fan but when were they in the playoffs last…? My Knicks were home watching after a miserable season,  and the METS are stinking it up once again.  The Jets didn’t make the playoffs after a so-so season of growing pains.  Eli Manning looked like Eli’s coming and the even the mighty Yankees suck,  so it was nice to watch some intense sports action.  It was fun!  A note on the METS…get a couple of bats and you’ve got a serious contender for next year.  They have enough pitching to go toe to toe with anyone but they need to hit the ball a bit more often and with power. Anybody ready for some football?!??  Both New York teams look like they should be pretty darn good and make the playoffs in their respective divisions but way way too early to tell what’s going to happen but the speculation will begin earnest soon.

Speaking of music, ( were we…?)  I just wanted to say that I recently purchased a copy of David Crosby’s new CD “CROZ”

from Amazon last week and I am floored by it.  It’s his first solo release in almost 20 years and it was most definitely worth the wait.  The music is a bit downbeat in feel but soaring in terms of poetry, chord changes, vocal harmonies, arrangements and musicianship.  It is truly a wonderful collection of songs that drift through a sort of folky Americana feel bordering on light jazz.  I plan on doing an entire post on the album soon.  If you want to hear something tasty and thoughtful from a great classic rock talent,  I’d highly recommend “CROZ”.  It was both eye and ear opening.

I also wanted to make mention of something that drives me crazy. 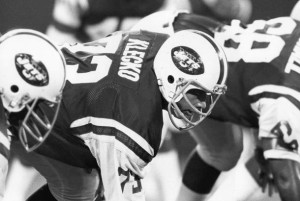 Why isn’t Joe Klecko,  the former JET defensive lineman from the late 70’s and 80’s in the Football Hall of Fame?  I saw him play…LIVE and in person… and I can say without reservation he was one of the smartest, strongest, toughest players I’ve ever seen in my 45 years watching NFL Football, both on TV and as a JET Season Ticket holder in the stadium.  He was courageous.  He was a leader. Simply put the guy was a beast.  Definitely another post dedicated to #73 coming soon.

Lastly let me put my two cents in on the LIRR labor negotiations.  The union wants X.  The MTA is offering Y.  Talks have broken down because neither side will budge. Hey people…get back to the table and try to meet in the middle.  Isn’t that why they call it negotiation?  Nobody gets everything they want.  It would be silly to think that could ever happen.  It’s called a compromise and before we send the entire commuter force on Long Island into a major tizzy,  innocent working people just trying to get to their jobs, before we add another burden on all those good people,  let’s make a mammoth effort to settle. Compromise is what made this country great.  Seems like we’ve forgotten how to do that in recent years.