I’ve been studying this rather scary and intimidating ecological dilemma for a few years now.  From time to time the story has popped up in the newspaper, magazines, on TV documentaries and of course on the net.

I’ve always been the quintessensial “Nature boy” chasing snakes, frogs, crayfish, spiders, fish and the like all of my younger years.  Even now I have a 125 gallon saltwater aquarium in my dining room and a 12 gallon mini version of same in the living room.  I’ve always had a reverence for all living things in the world’s ecosystem.  The simple fact that any of these creatures/plants can survive the hard realities of life on earth amazes me.  It is disheartening for me to realize that many of man’s actions in the pursuit of profit,  in the pursuit of power have caused so much irreparable harm to the natural world.  And that many times that damage could have been avoided with some clear thinking and prudent action.

We are killing off the bees.  The bees that pollinate the plants that provide  the bulk of the world’s food for both animals and man. The plants that make the basis of many medicines. Let us carefully consider these statements.  It is not an exaggeration nor hyperbole to say that when the bees are gone WE WILL ALL FOLLOW.  I urge you to read this most enlightening article by Todd Woody written in July 2013. 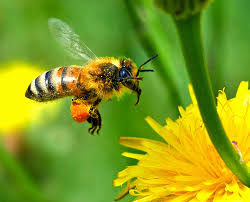 “Colony collapse is significant economically because many agricultural crops worldwide are pollinated by European honey bees. According to the Agriculture and Consumer Protection Department of the Food and Agriculture Organization of the United Nations, the worth of global crops with honeybee’s pollination was estimated to be close to $200 billion in 2005.[7] Shortages of bees in the US have increased the cost to farmers renting them for pollination services by up to 20%.[8]

The mechanisms of CCD and the reasons for its increasing prevalence remain unclear, but many possible causes have been proposed: pesticides (in particular, those of the neonicotinoid class); infections with Varroa and Acarapis mites; malnutrition; various pathogens; genetic factors; immunodeficiencies; loss of habitat; changing beekeeping practices; electromagnetic radiation from electronic communication devices; or a combination of factors.[9]”

The Christian Science Monitor’s online edition dated Feb. 20, 2014 in an artclie by Noelle Swan points out another disturbing trend.

This potent and poisonous cocktail of factors, most of which are the direct result of human action (or lack thereof) is destroying the bee populations in all of the areas of the world where human concentrations depend heavily on the foodstuffs the bees assist in creating.

A scientific study by Dr. Richard Gill  at the University of London and featured  in Nature magazine, shows that there are  two pesticides implicated as the cause of colony collapse disorder. “Chronic exposure…to two pesticides…impairs natural foraging behavior and increases worker mortality.”  Gill’s study focused on overall hive behavior and survival as related to the pesticides neonicotinoid and pyrethroid.

Lauen Admire writing for escapistmagazine.com on July 26th 2013 had this to say. “Since 2006, bees in North America have been dying by the tens of millions from Colony Collapse Disorder; a phenomenon in which all the worker bees abruptly abandon the beehive, leaving only a queen and a few worker bees behind. Scientists have struggled to pinpoint a single cause of the disorder, identifying malnutrition, pesticides and habitat loss as potential suspects.

Governments around the world need to take a hard look at the practices of their farming communities. To paraphrase Joni Mitchell, “I” take some spots on the apples but leave me the birds and the bees…please!” A more aggressive move towards organic farming can only help.  And a marketplace driven by common sense would also add much needed movement in the right direction.

5 Responses to If the BEES Go… We ALL Follow